Dealing with the different stages of change : the J curve

in Facilitate your project

In “facilitating your project”

Each change, in an organization or anywhere else, in fact,  goes through similar stages. We believe that it is vital to know them in order to prepare for and adapt one's management to these stages, and we even go as far as to think that they should be induced, if they were not to appear spontaneously ; otherwise, the expected change might fail.

Here are the 5 stages of change in detail :

STAGE 1 : “the announcement effect”. Presenting a new idea, a potential improvement, often leads to enthusiasm, at first. The benefits to be gained from it are immediately apparent and this gives energy to the people involved.

Needless to say, this phase is of varying length according to the nature of change (and how much the actors have sacrificed towards it ). The manager needs to maximise the effect by presenting a strong ambition in order to overcome the obstacles lying ahead, especially in the case of a change of organisation.

STAGE 2 : Doubt : After the initial impact of stage 1, some hurdles start appearing. They may have to do with the purpose of the proposed change (the fear of what stands to be lost and uncertainty as to what may be gained from it) or to do with the procedure (feasibility of the project, private fear not to succeed..). This leads to anguish and sometimes opposition.

It is thus a stage that may bring about low morale but it is also a vital stage for questioning. .

Without it, change may remain superficial. It is a stage during which the strategy of the allies is essential to control the “fall”.

STAGE 3- : Acceptance . During this phase which varies in duration, all those involved perceive that change is inevitable and that despite resisting it, it will take place. Resigning themselves, those involved do not yet see what they can bring or get from the proposed change; This stage ends with a click that announces the exploration phase that follows.

This depression-inducing phase  is a necessary step but the manager needs to limit its severity (depth of the curve) and its duration. That is why good listening skills are vital and the manager needs to be vigilant in maintaining team spirit (see the story of the mammoth.)

STAGE 4 : Experimentation. This phase starts with the realization that there is everything to be gained from trying to change and ensuring that change will succeed. Whatever the respective motivations are (Cf. VUD matrix), those involved will then start to propose, get committed, build. Even if the results are not decisive, small wins are appearing.

The manager's action is then two-fold :

-supporting the action by trying to develop initiative

It is vital to have an efficient facilitating system.

STAGE 5 : integration  : At this stage, change is accepted and the results prove that the choice was the right one. The nostalgia of the past situation has almost disappeared and the allies of change have defeated most resistance.

It is a moment of continuous improvement to ensure stable functioning while awaiting the next change that will start a sequence of 5 stages. It is also time to bring “the lost sheep” back by coaching those who need your help to find their place and their autonomy in this new deal.

This change curve is both a reading grid to understand the behaviors of a private individual or a team when faced with change, but also a tool that makes it possible to achieve this change by acknowledging or even seeking each of these five stages. For example, we use it to build a team commitment seminar.

No testimonials have been posted at this time.

Bring my contribution to
this page

To see, to read 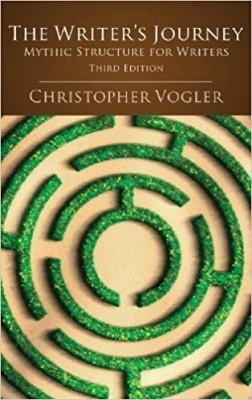 Very fun and interesting. The best book to understand how to build a story and thus, create your own adventure for your team. Vogler is a reference for scriptwriters all around the world.

Pictures on this subject